Today’s car is this 2011 Mazda3 with very cool and stylish exact fit Mazda3 LED Daytime Lights. Ain’t it a beauty? With a set of Xenon White 7-LED high power LED daytime running light lamps this ride makes strong impression! What’s more, this product is water resistant and comes with auto on/off module box! Anyway, if you want to achieve this one-off look, then roll up your sleeves, because some work is involved. 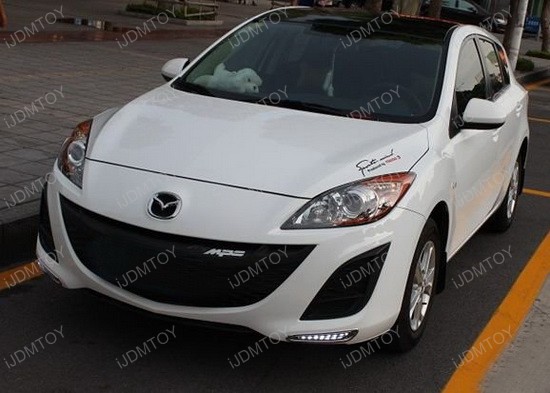 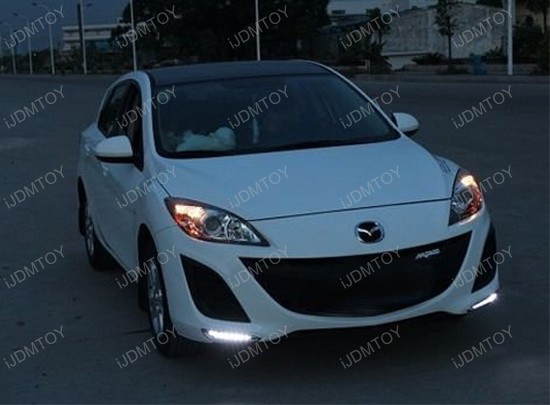 Now, the tricky stuff: you have to remove your front bumper. There are some clips and screws that has to be removed in order to loose and remove the bumper. You can use a standard screwdriver blade to gently pry up some of the push pins. Proceed with the wheel wells. There are some push pins and screws, too. It’s easier if you turn the wheel to move the tire out of the way. Finally, the bottom. There are some more screws to remove here. Unscrew the black hex headed phillips screws only. 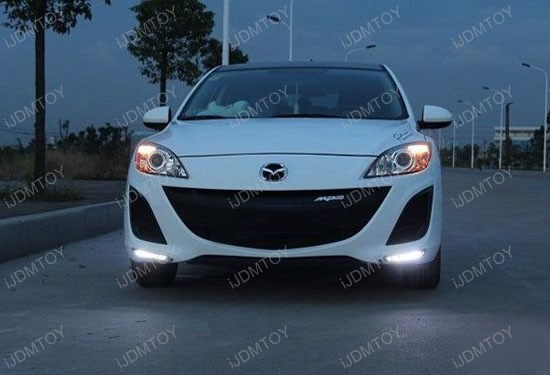 With all the screws and pins out, you just pull the fascia away from the fender. Don’t be afraid, it takes a little oomph to pull out, you won’t hurt it, just pull out carefully! With both sides out, you just pull the fascia forward away from the car. There you’ll see the fog lights wire harness on the passenger side – unclip that once the fascia is loose, and then you can put the fascia aside. Once you have the front bumper removed, locate the passenger lower portion of the bumper where the LED DRL light is supposed to be installed at. There should be a plastic cover that have to be removed away to allow the LED lamp to fit into the hole. 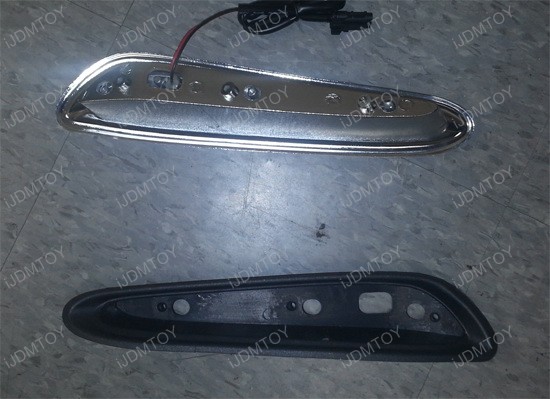 Let’s get back to the lights – unscrew the 6 Phillips head screws that attach the black bezel to the back of the LED DRL lights and remove the bezel. Next, trace out the general outline of the size of the chrome LED lamp from the back of the bumper. Once you have traced it, cut away the plastic using a dermal tool. Just a hint: start with a small hole in order to avoid unwanted cuts. When the hole is large enough, insert the LED lamp from the front of the bumper and attach the black bezel portion using the 6 Philips head screws to clamp the LED lamp to the bumper securely.

Finally, route the wires up through the front and use zip ties to secure the wiring. Make sure they won’t touch anything hot, sharp, etc. Secure the module box near the car battery and put back everything together. Don’t forget to test again the newly installed Mazda3 LED Daytime Lights before reinstalling the bumper! 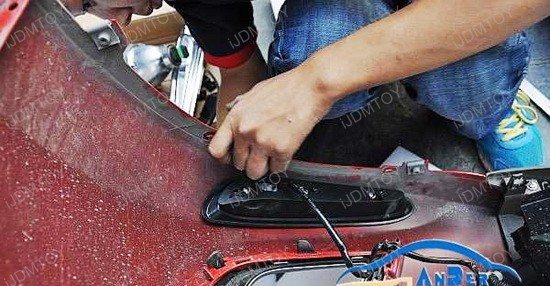 Now, when you have already equipped your 2011 Mazda3 with the featured Mazda3 LED DRL from iJDMTOY, take it out for a spin! See how people look at your car while driving down the street. Remember that these exact fit Mazda3 LED Daytime Lights will do magic with your 2010 and up Mazda3 only if it has front bumper like this one here. 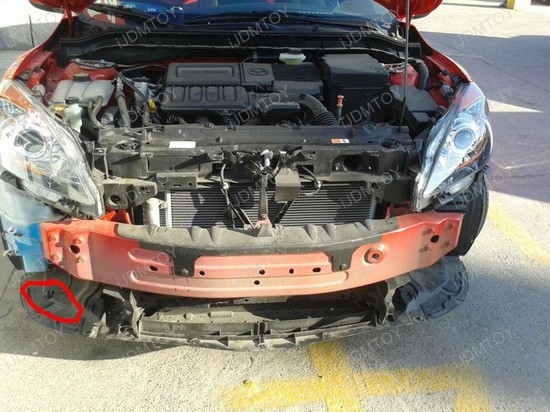 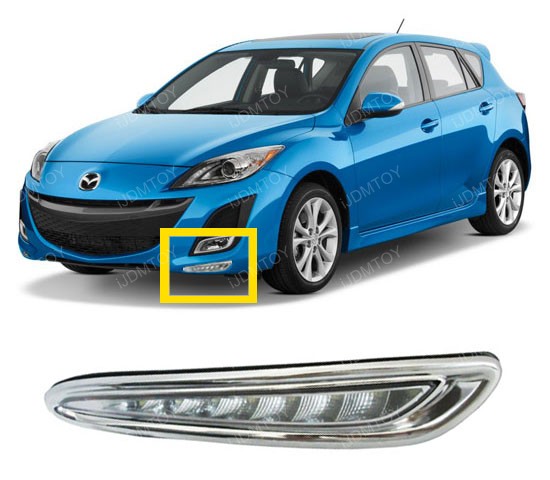