Jeep is such an American classic, with its versatility demonstrated from war machine all the way to Hollywood movie star. The originator of Jeep is the famous World War II classic Willys, which is a symbol of the American steadfastness. The Jeep Willys played an important role in the war, so much that post-war consumers clamored for a civilian on-road use vehicle. As an off-road brand, Jeep came out with smaller commercial fans with a compact and lightweight body for suitable transportation and work use. In the present time, the Jeep brand still dominates the on/off road market, with its rugged vehicles that have superior make and build. The Jeep Wrangler is one such example, as it remains to be a very popular car for off-road enthusiasts who still want to take their car onto the surface streets as a daily drivers. Despite all of the praise that the auto industry has bestowed upon the Jeep Wrangler, there is one feature that is lacking and those are a pair of properly working headlights. Detractors have commented that the Jeep Wrangler has somewhat dim headlights that could definitely stand to be a lot brighter. Fortunately, since the Wrangler is an extremely popular vehicle, there are plenty of aftermarket upgrades to elevate the quality of the headlights, like Jeep Wrangler Switchback LED Headlights with halo ring function. These LED headlights have daytime running light and turn signal feature to make the entire assembly incredibly versatile. These sort of upgrades catapult the Jeep to the top of the list and ensure that people will still be part of the Jeep family for many generations. 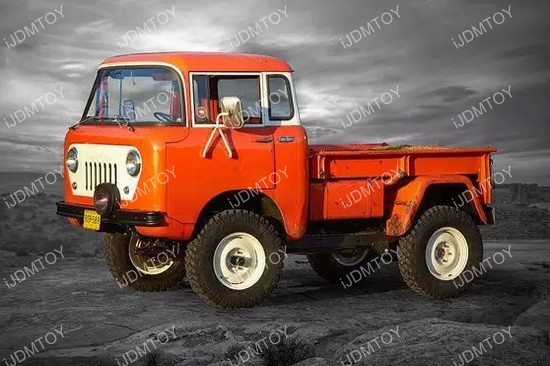