The question that comes into mind for nearly all car enthusiasts when they purchase a new is, “What should I do first to my brand new car?!”. While there are so many choices out there for a first modification, a first modification for most car enthusiasts would be to create a unique look to set their car apart from the sea of other cars. Sure, you can change out an LED bulb here and there which will change the light (this is not a bad thing though!), but why stop there? As a first mod to the car, adding LED daytime running lights should be a top choice for all new Scion FR-S owners. 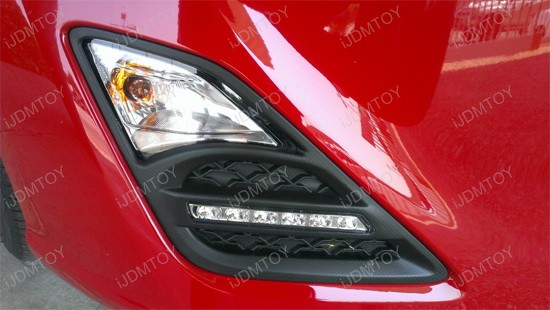 This LED daytime running light will substitute the existing fog light bezel and fog light itself (if your vehicle was equipped with it) with an exact fit replacement LED lamp. This light clips onto the factory location using the same clips so it requires no modification to the bumper and is completely reversible if you ever need to take it off. This light is intended to fit the 2013 and up Scion FR-S to resemble the LED daytime running lamps on the Toyota 86/GT86 in Japan. The wiring is very straight forward and does not require an astrophysicist to figure out; any experienced individual with basic electrical knowledge can easily wire these up to their vehicle. 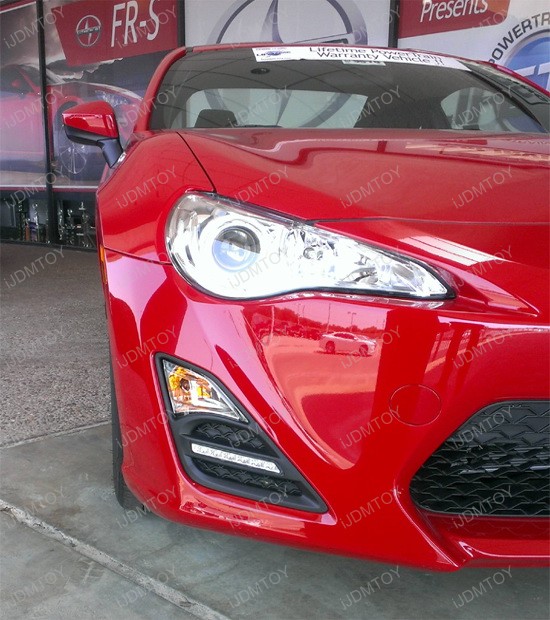 Each LED lamp contains 6 Osram style LED diodes which produces a total output of 7.5W. Thanks to this setup, the LED DRL lights produce a very vibrant and noticeable light for your Scion FR-S that it will draw a lot of on-lookers your way. The daytime running lights have a 6000K Xenon White color which is a color that will keep law enforcement away while maintaining that white-blue tint that many people love. Not only will these innovative LED daytime running lights improve the look of the car, it also provides additional safety benefits during the day and night allowing other drivers to easily notice you. For these reasons alone, it should be enough to pull the trigger on these awesome LED lamps. 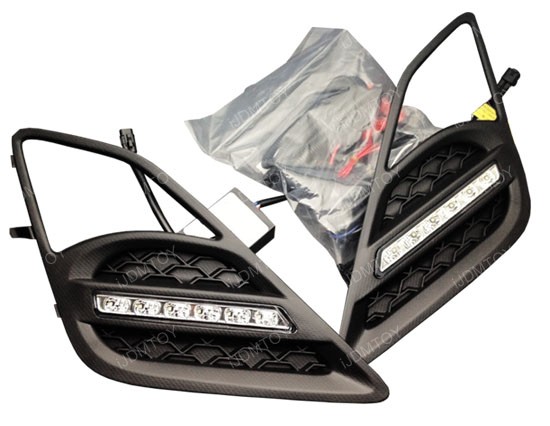 Since the debut of the Scion FR-S in the United States, it has been at the center of attention in the automotive industry. However, unlike its equivalent in Japan; known as the Toyota 86, it does not have an option to come with LED daytime running lights integrated into the headlights in a similar style as the newer Audi and Lexus vehicles do. This style of LED daytime running light has been becoming increasingly popular among car enthusiasts. Since replacing the entire headlight assembly is quite expensive and requires complicated wiring, we decided to provide an alternative solution to this dilemma. 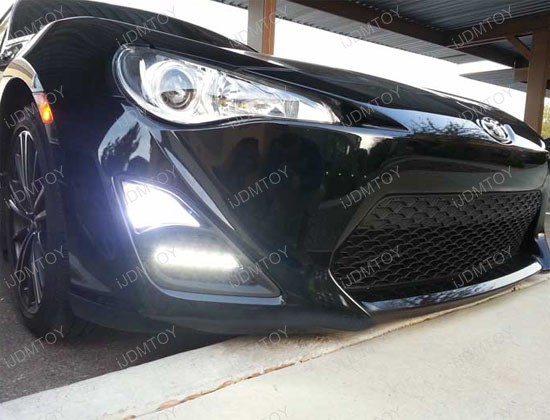 We are proud to introduce our brand new 7.5W Exact Fit High Power LED Daytime Running Lights for the Scion FR-S. This LED daytime running light replaces the fog light assembly area with an LED bar that looks like the vehicle came equipped from factory like this. It is a subtle, yet dramatic change to the exterior of the Scion FR-S. 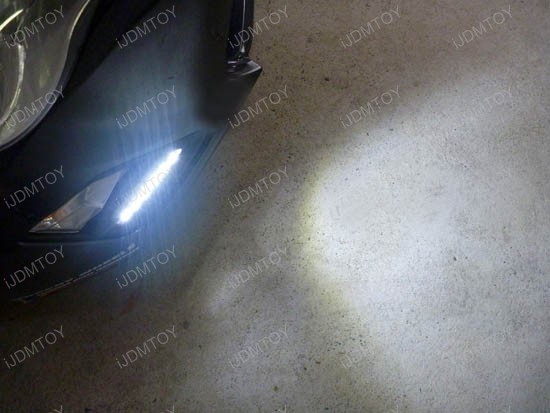 Not only does this LED daytime running light look awesome, it plays an important role in enhancing the safety of your vehicle during the day and night allowing other drivers to notice you easily thanks to the high powered Osram LEDs powering it. The Xenon White color is rated at 6000K (Kelvin); a functional and aesthetically appealing color for majority of the car enthusiasts. 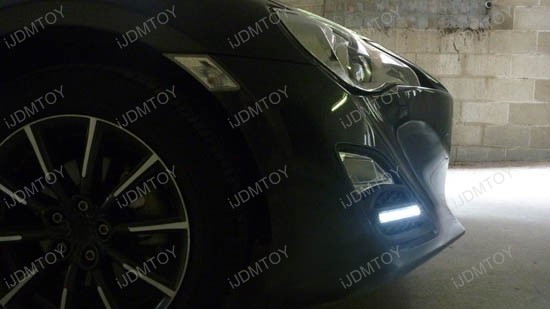 In addition to all the wonderful features that this light offer, it are also very easy to install; simply remove the original fog light assembly bezel and replace with ours. This will fit on the Scion FR-S with and without fog lights, but it will require you to remove the existing fog lights if so equipped. Wiring is very limited and only requires you to locate specific wires on the vehicle which are then easily connected by using the supplied quick-splices.