When people talk about Toyota, the first thing that comes to mind is their unbeatable reliability in all their cars. This goes for their sedans, vans, SUVs, and their trucks. Just like one of our customer here with his Toyota Tundra, people use their trucks to go off-roading and travel where it’s hard to see at night which is why he equipped our iJDMTOY Toyota Tundra LED Light Bar. 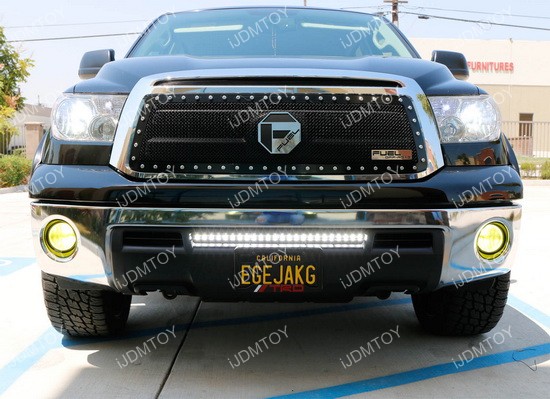 This iJDMTOY Toyota Tundra LED Assembly is made for the 2007-2013 Pre-LCI Toyota Tundra giving it that aggressive look in the front of the truck. It’s powered by a 54W CREE high powered LED with specially designed black powder coated full metal constructed lower bumper grille mounting brackets. The LED light bars are directly mounts to the factory bolts inside the bumper’s lower grille which means there are no modifications needed to install this LED light bar. 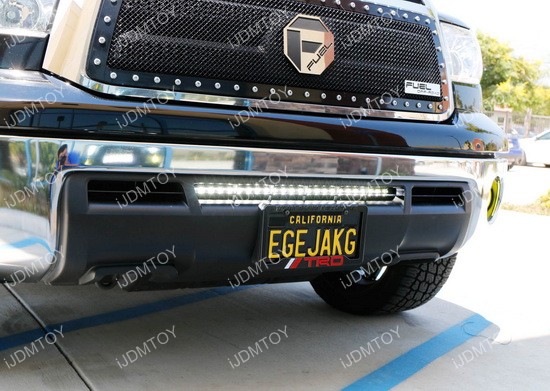 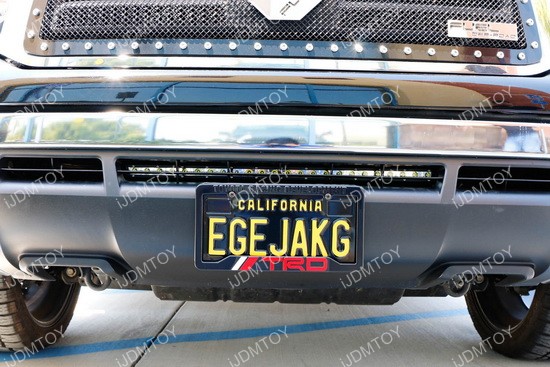 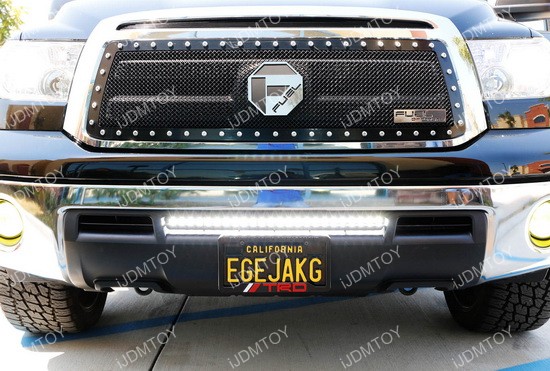 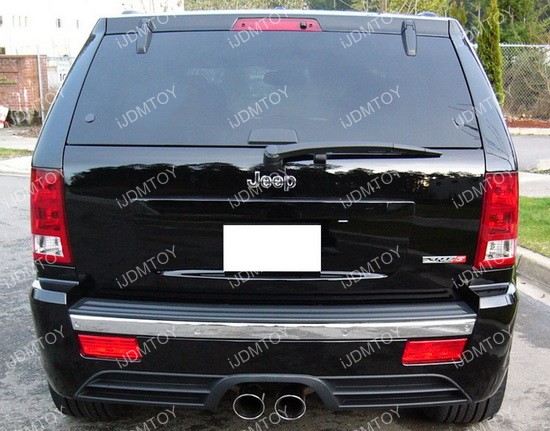