They were simple to install and super bright.

Note that these LED light bulbs will not trigger a dashboard error unlike regular license plate LED lights.

These are specially designed for European vehicles and fit Porsche, Audi, BMW, Mercedes, and others.  Have a look! 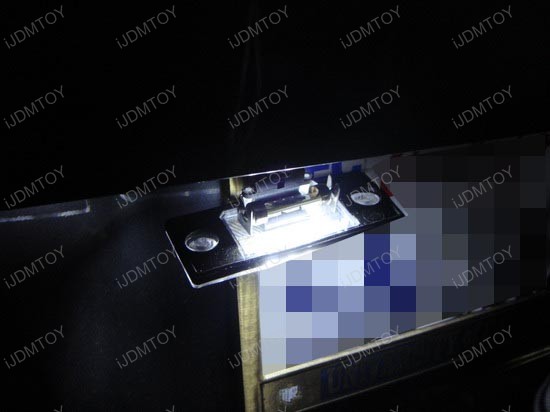 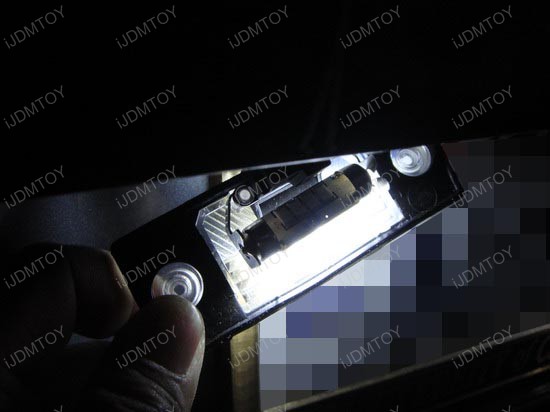 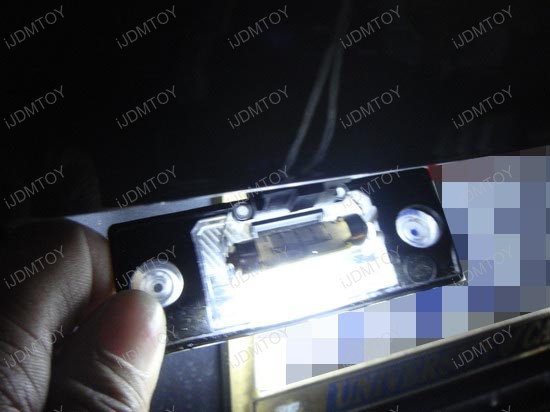 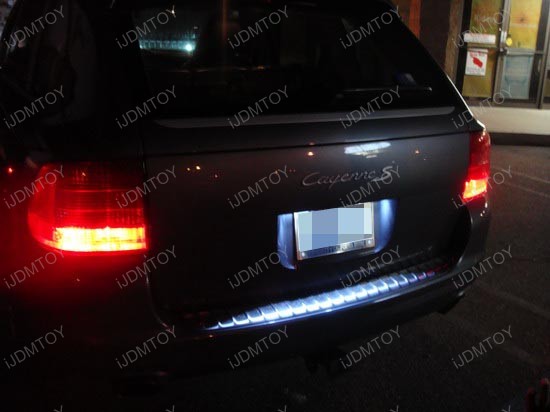 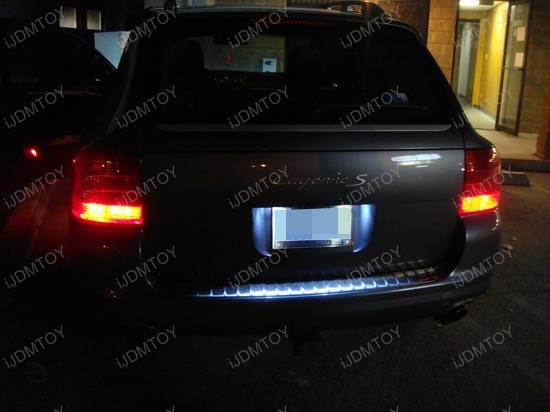 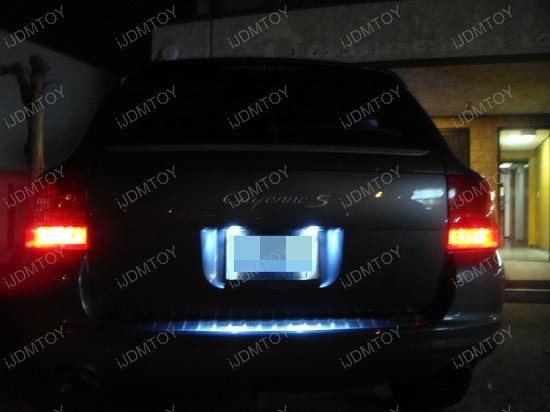 These are the types of bulbs used:
3 SMD High Power Error free LED. They will replace stock 6411 and 6418 bulbs. 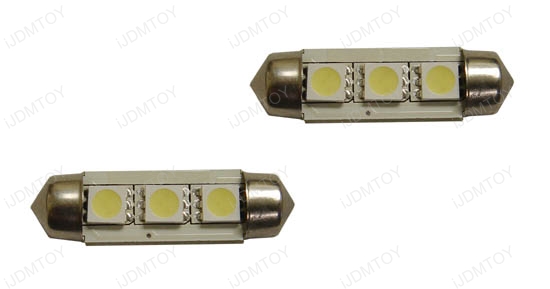 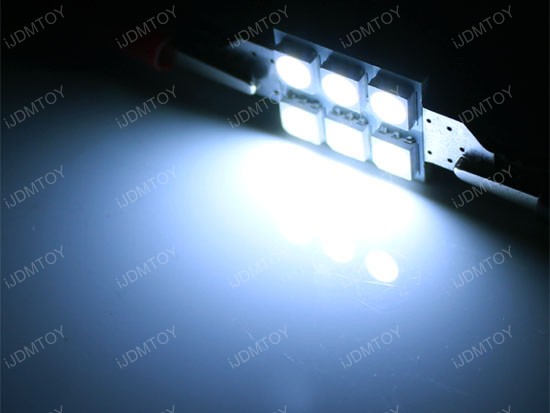 They have built-in load resistors.  Look, an error-free dash! 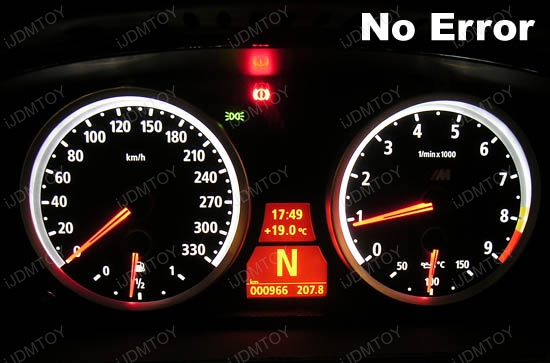 We welcome you to view our other Gallery Pictures and Videos or find help on DIY or Troubleshooting-Installation Guides.

We hope you enjoy this Error-Free LED presentation and visit our store for special discounts and promotions.

Brought to you by iJDMTOY.com, the Automotive LED Lighting Expert.

When Nick Holonyak Jr. first introduced the LED in 1962, he probably has never imagined that LED light will get so popular in 50 years later.

One of the most popular places where LED lights have brightly “shine” is in the Automotive Industry Field. Even though it is not available for every car yet, growingly, more and more cars are rolling out of from the factory plants with LED bulbs and LED lights.

Here are the beauties of the car LED lights. 1) The LED bulbs are very easy to spot because of its faster reaction time to light up than conventional filament bulbs; 2) the LED light is much brighter than stock tail lights bulb so makes driving safer; 3) Due to nature of the LED is relatively small, so LED tail lights can be easily shaped to make the car look prettier with a trendy new look.

Beside all mentioned above, another common place you might find car LED lights is the aftermarket field. LED lights are getting more and more popular with those who like to customize their cars with these super bright and easy to install LED bulbs and LED lighting. 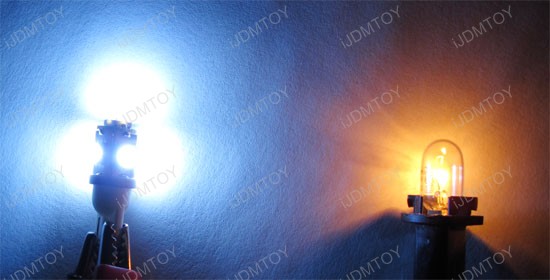 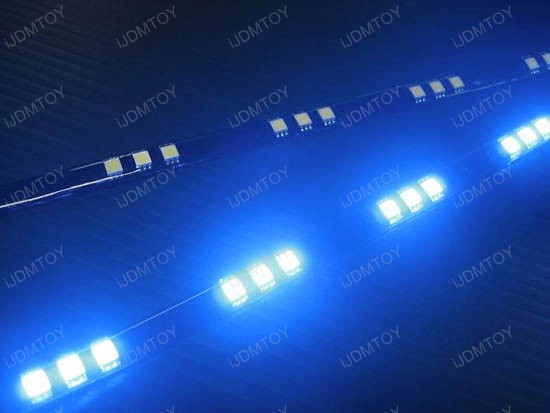 Also, Interior LED lights are also being adapted for cars to set a nice mood and for accent purpose. You’re starting to see more places offer them in a wide selection of forms, whether just LED interior accent lighting or complete LED underbody light kits that go under the cars. A lot of aftermarket companies like www.iJDMTOY.com (the Car LED Bulbs and Lighting Expert) have taken action of the increasing demand for the automotive LED lights and are actively bring more and more new LED light technology as quickly as they can. 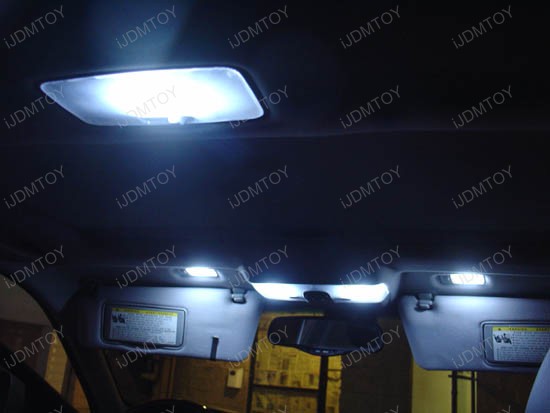 LED Light Bulbs are the wave of the future.

Here is a YouTube video we took showing how this kind of LED strip lights up like (both Xenon White and Ultra Blue):

also I have included a brief installation diagram showing you guys how to install this kind of LED strip lights (since this is an add-on and if you connect this according to the installation diagram, you will not get error message on dashboard. We have tried on Porsche Cayman, BMW X5 and a Mercedes E Class to confirm this) 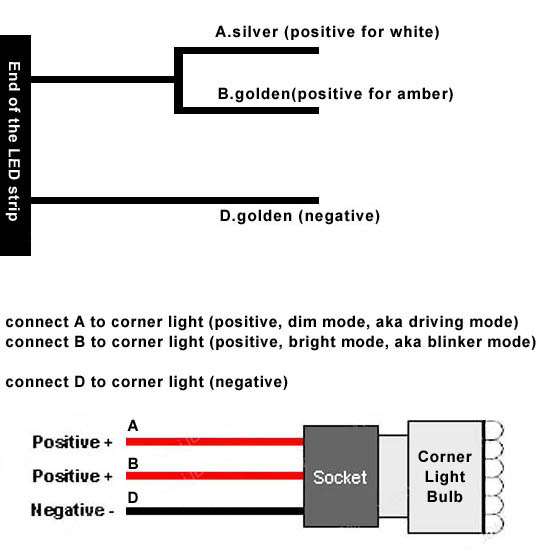 We have done installation for several cars in the past weekend. Oh, man, these look awesome! very aggressive appearance and multi-function (daytime running lights and turn signal lights). I have included couple pictures from a 2008 Infiniti G37 Coupe, a 2010 Porsche Cayman, you guys can take a look. 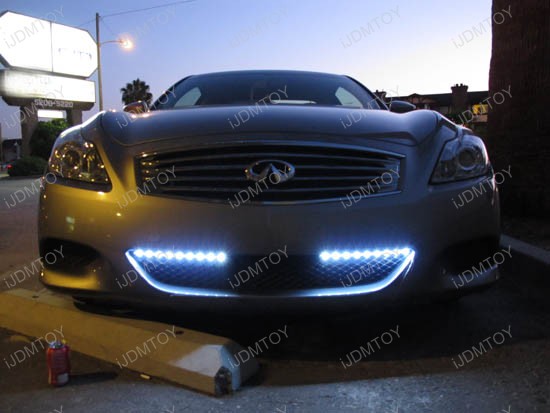 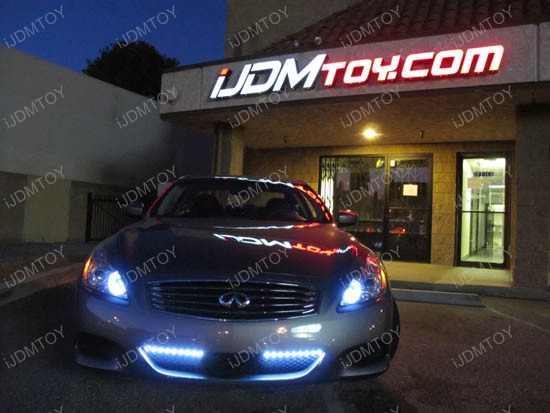 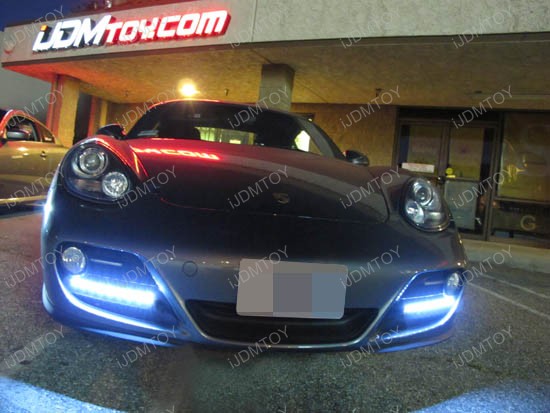 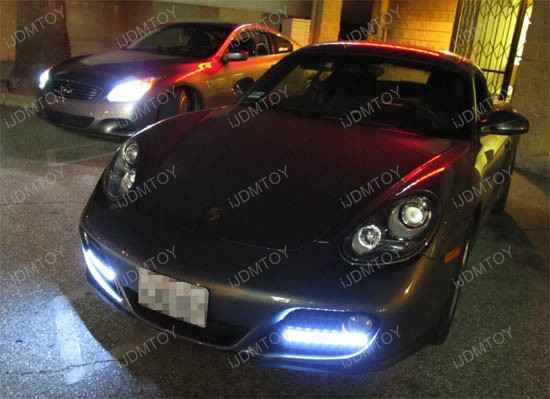 For more pictures about the LED lights we’ve sold and installed, please visit Gallery Pictures For LED and HID.

We have have the detail installation and DIY guides on our website, please visit LED Tech Support and DIY Guide.

The product installed are listed below, please take a look.

Introducing all new 5202 H16 18-SMD or 68-SMD LED fog light bulbs for 07 and up Chevrolet 5th Gen Camaro, Avalanche, Suburban , Pontiac G8, or GMC Yukon Denali XL Car/SUV/Truck Fog Lights or Driving Lights. We have posted some product-installed pictures here, hope you guys will like this. If you have any questions, please email us at info@ijdmtoy.com 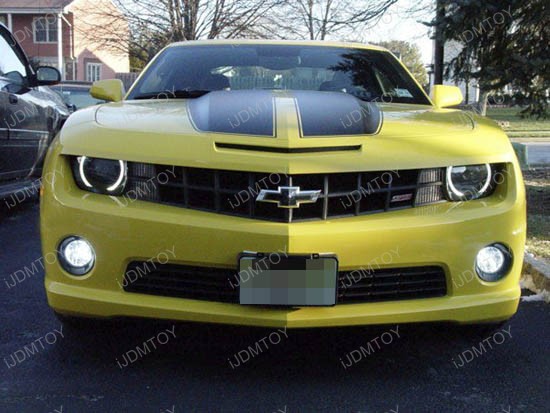 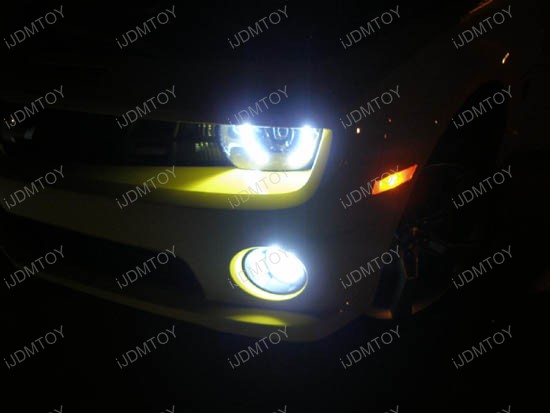 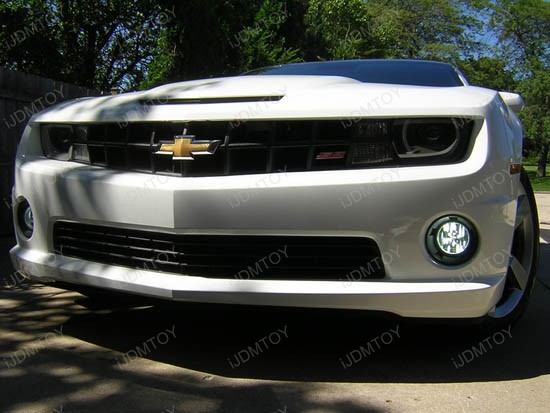 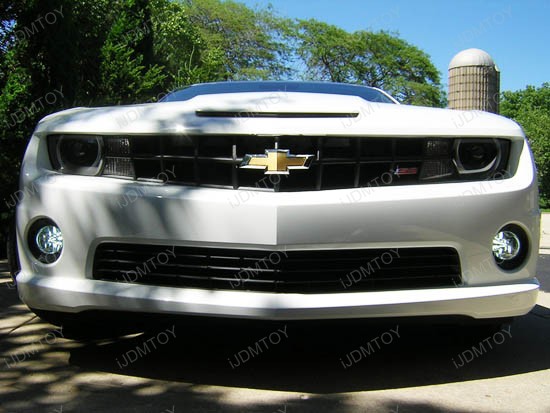 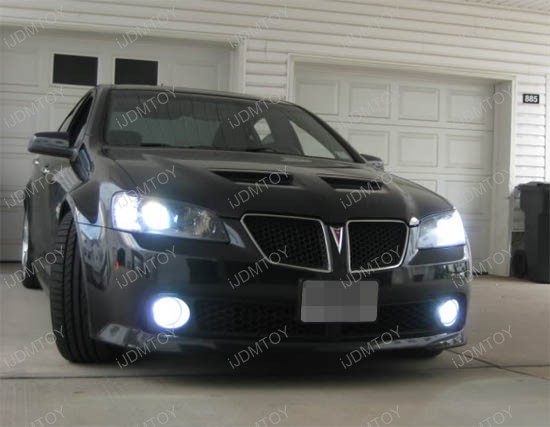 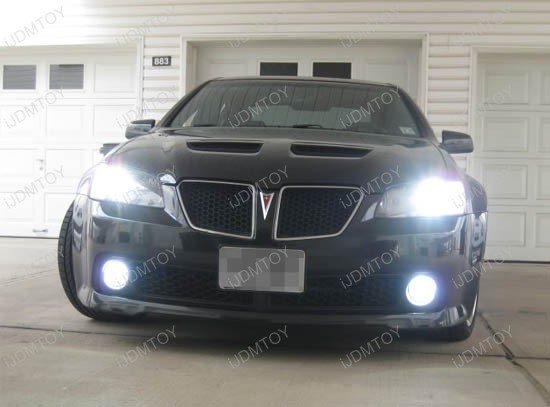