The Ford Taurus was introduced in 1985 and has grown to a whopping six whole generations of the all American sedan. Sure, the fifth generation was extremely short lived, but it looks like the sixth generation is making up for that hiccup. With the new 2015 machine with a 3.5 liter 24-valve, it’s supposed to debut in North America with a wider and longer variation of the Ford CD4.

Based on these spy shots, it looks like the new Ford Taurus has a grill that resembles the one found on the Aston Martin with a stiff upper lip in the front fascia. The hood and the headlights have a bit of inspiration from the Ford Mondeo as well. 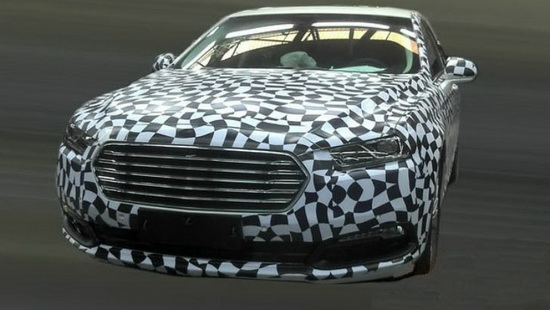